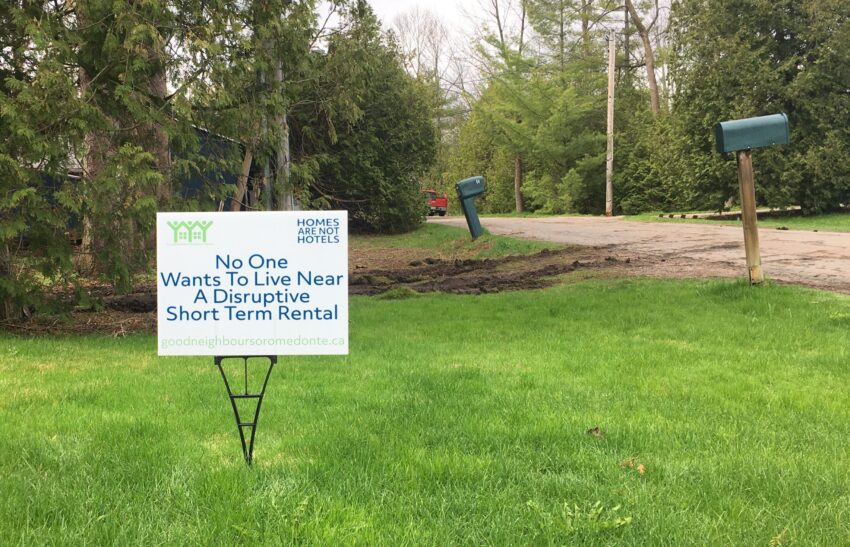 A 2020 bylaw to regulate short-term rentals (STRs) in Oro-Medonte Township “did not represent good planning,” would not solve the problem and would make renting “benign” family cottages illegal, the Ontario Land Tribunal declared in its reasons released Wednesday, following an oral decision last spring.

Tribunal vice-chair Sharyn Vincent revoked the bylaw to amend existing zoning in her original March decision. The township had been trying to regulate short-term rentals in response to complaints that some had been extremely disruptive in residential neighbourhoods, particularly along the Lake Simcoe shoreline.

During the past several years, the township has received complaints of disturbances at homes rented out largely on the waterfront which attract weekend-long revellers often in neighbourhoods largely made up of full-time residents. Many of these are advertised on Airbnb or other online platforms.

In her six-page reasons for the decision released this week, Vincent said there was nothing preventing the municipality from enforcing the existing zoning regime against the disruptive offenders and commercial operators.

The problem, she said, was that the 2020 amending bylaw defined short-term rentals as being those renting out for 28 days. The result, Vincent determined, meant that it captured more than just the weekend party houses.

“(It) would unintentionally capture the historically acceptable, bona fide one- to two-week cottage rental for the annual vacation which were not the disruptors subject of the study carried out,” Vincent wrote.

“Not only would the amendment have created unintended consequences, it in fact would have introduced a new prohibition under the guise of a clarification, despite the assertions of the township and the alliance (residents’ organization),” she added.

Barry Sookman, president of the Oro-Medonte Association for Responsible STRs, which challenged the bylaw, says the reasons illustrate that an outright ban on short-term rentals will have unintended consequences.

Since the spring decision, the township received a staff report and a draft licensing bylaw, which was followed by an open forum, but did not move forward with a licensing system for legally operating short-term rentals. But, it added, council is still open to the idea.